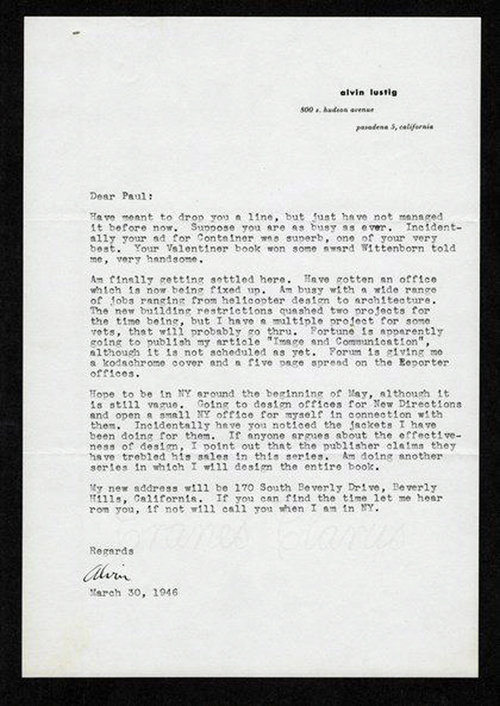 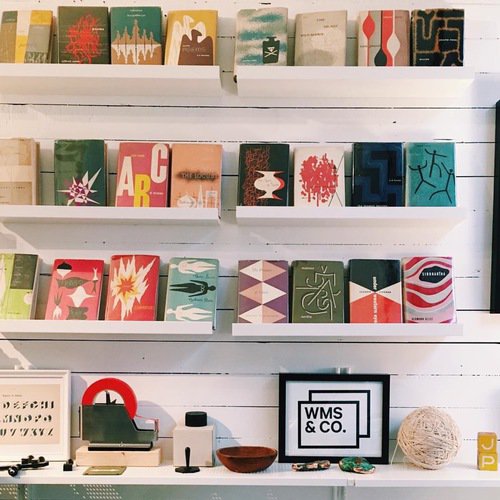 as letterheads are one of my primary collections and i usually write about the pieces I own, here is an example from the archive of paul rand that i wanted to share.

it was almost 70 years ago that alvin lustig wrote to paul rand in which he tells rand what projects he’s working on, as well as, updating him on his new address. lustig is “busy with a wide range of jobs ranging from helicopter design to architecture.” when was the last time you were asked to input on ‘helicopter design’? i came across this letter over twenty years ago and what struck me about the letterhead at the time was the simplicity of it’s design, layout, and the asymmetry of neue typography. again this is 1946. lustig was 31. rand was 32. both men beginning their amazing careers. the third paragraph drew my particular attention. as i have been a collector for years of lustig’s new directions covers. lustig writes, “incidentally have you noticed the jackets i have been doing for them. If anyone argues about the effectiveness of design, i point out that the publisher claims they have trebled his sales in the series.” obviously lustig was proud that his design had direct and positive result. i never spoke to rand about lustig, we spoke about le corbusier, herbert matter, contemporary design or rather the lack of it and many other things but i never asked him about lustig.

this new direction series has been a favorite for years. i cannot remember when i first started collecting these. it may have been when i attended risd and then much more actively when i moved to new york. the strand, of course, was my main source for this finding these book. right now, at erik heywood, book/shop in oakland i have a complete set for sale. if you’re in the neighborhood, i would urge you to go take a look. it’s nice to see these all laid out before you.